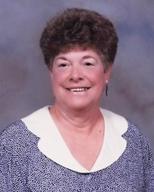 Julia was born Julia Virginia Wilson on July 27, 1930 in Ellicott City, Maryland a daughter of the late Catherine and Harry Wilson. She was preceded in death by her loving and devoted husband Curtis Ritenour of 58 years. They were married on July 10, 1947 in Strasburg VA.

During her working career she worked mainly as a waitress, which she loved. She worked at the Virginia Restaurant, Virginia Gentleman, Stone Shop Diner. Julia was a pillar of the community who lived a life of service. She was a member of the United Methodist Church and United Methodist Women. She could often be found working alongside fellow church members in the church kitchen, selling food at the church functions or organizing and serving post funeral dinners to families. She accompanied the Reverend and helped prepare and deliver meals to the Nursing Homes and shut ins. She organized a monthly luncheon known as the "Lunch Bunch" with food and entertainment for numerous years that was held at the church.

She was a member of the Ladies Auxiliary to the Strasburg Fire Department since January 1964 and served as Secretary from 1981-2017, as well as being a life member of the Virginia State Firefighters Auxiliary where she attended many meetings and conventions. She was awarded The Presidents Volunteer Award, The Presidents lifetime Achievement Award, life Member of the Northern VA Fire Dept., and VA State Fire Association. She supported the local Fire Department with fundraisers, which included food sales, community dinners, and serving dinner to the local Rotary Club every Tuesday night for many years. She also helped coordinate and prepared food and beverages for the Firemen as they fought fires. She could often be found preparing her famous sausage gravy and country ham pot pie in the Fire Department kitchen. Julia was also a member of the Strasburg Moose lodge 403.

Julia and the love of her life, Curtis loved their house at 342 E. Queen Street and were well known in the community for decorating the house for every holiday and season for 53 years. The entire family were always dressed up on Halloween and everyone would stop and have their pictures taken and it became a family tradition. You never knew what Julia would be dressed up as- she was Elvis, a doctor, a nun and so much more. She was also recognized in the community for having the "Best Decorated" house and received numerous ribbons and articles in the Northern Virginia Daily newspaper; it brought joy to her family and the community. She also received cards and letters in the mail from new residents in the area and how they looked forward to each holiday. You could often find her sitting on the front porch with friends and family.

Julia was a definite giver and not a taker. She gave to so many organizations. ASPCA, Wounded Warriors, Paralyzed Veterans, Rescue Squad, Fire Dept, Church and Feed the Children to name a few. To show how generous she was and always thinking of others, during her hospital stay she wanted to make sure her monthly donations were sent.

Please keep Judy's family and friends in your thoughts and prayers.